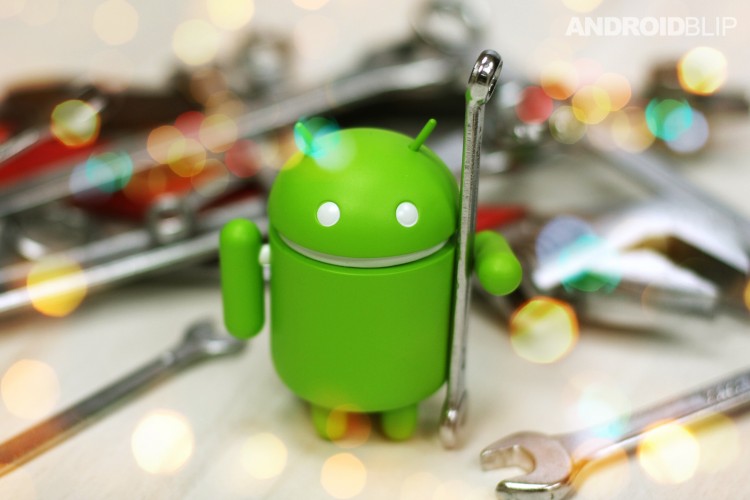 Even if you have only few apps on your Android device, with time your system starts to slow down and sometimes even gets to a point where using your phone or tablet is frustrating. The main causes are the number of apps / task that run in the memory without the actual need to always be there and the amount of "junk" apps leave on your storage. Cache files, thumbnails and app leftovers can take valuable space and after a while case your problems like low storage and system freezes.

We have compiled a list of 5 free apps that will help you maintain, optimize and boost the performance of your Android device and even squeeze a few extra hours of battery life. Four of the apps are all in one solutions that deal with memory optimization, junk cleanup and battery optimization, while one is just a great task manager. So here is the list, 5 free apps to boost the performance of your Android device. 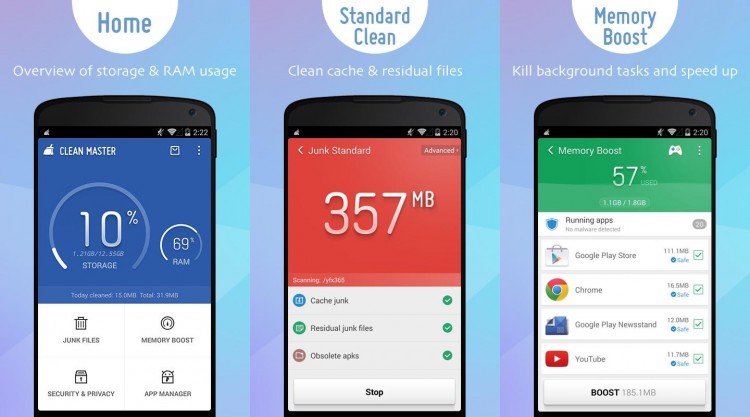 Clean Master is one of the most popular Android apps to speed up your phone or tablet. It allows you to clean the junk from your phone, cache and other residual files taking valuable resources, optimize your memory and see exactly how much RAM each app uses. There is a nice option to disable unwanted apps and remove bloatware and all that via an excellent, simple and smooth UI.

When we first installed the app on the Galaxy S5, we managed to remove over 1.5 GB of junk and by tweaking and disabling some of the apps using the guided optimization process, we gained additional 120 MB of RAM that was used by unnecessary apps that we didn't even know were running on the phone. We really liked the included widget on the home screen, small, discrete and useful. There is also the One-Tap Boost icon, which as the name suggests, boosts the performance of your device with one tap. 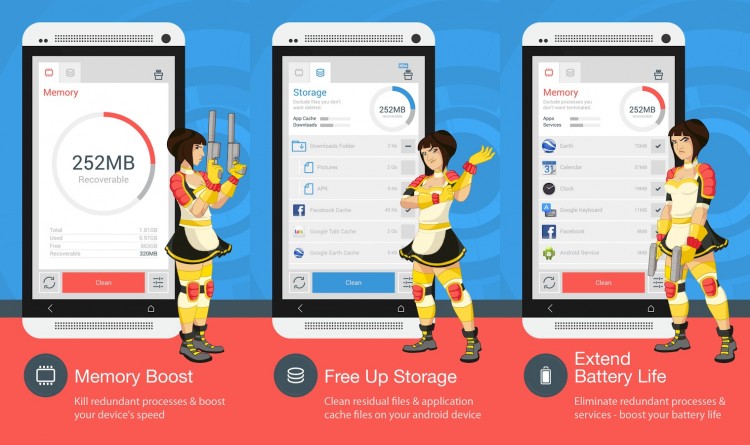 The Cleaner - Speed up & Clean

Although it is not as popular as Clean Master, The Cleaner does the job pretty well, with a modern, clean and simple interface. You can free RAM by killing redundant background processes, remove junk from your phone and schedule automatic checks to keep your device performance at its best. The included widgets look great and allow you to quickly boost your phone's performance from the home screen.

There are no ads and no limitations in this free application, but you can get additional themes via in-app purchases as a way to support the developers. 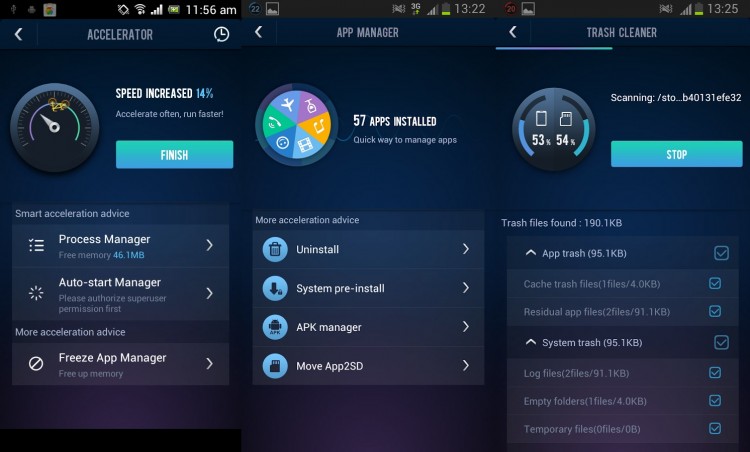 From the creators of DU Battery Saver, comes DU Speed Booster. You can optimize background tasks, memory space, apps, and battery power, as well as inspect apps' permissions and block SMS messages and calls. The included home screen widget gives you fast access to one click optimization of your system. As you would expect from an app this popular, it combines advanced functionality of an app task killer, speed and ram booster, storage analyzer, security guard and clean master as well as a battery saver. 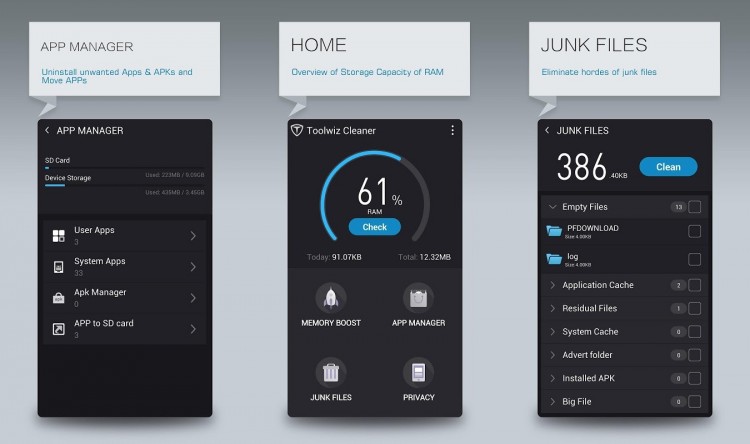 The new kid on the block, Toolwiz Cleaner looks quite promising. Coming from the creators of ToolWiz Care for Windows, this Android tool has all the features you would expect from a good cleaner, packed in a sleek UI that looks a lot like Clean Master but darker. You can clean the cache files, SMS, junk files, browsing history, calling records, SD card files, unused files, privacy history, app logs, app packages and kill background processes to save memory and improve your battery life.

There is a clean home screen widget just like Clean Master, but with one small improvement, you can shake your phone to clean up your RAM once you open the widget. It would be great if you can shake it anytime from anywhere but currently we were able to activate this feature only when the widget was opened. The other thing worth mentioning is the low memory footprint Toolwiz Cleaner has, which is quite important for the low end Android devices. 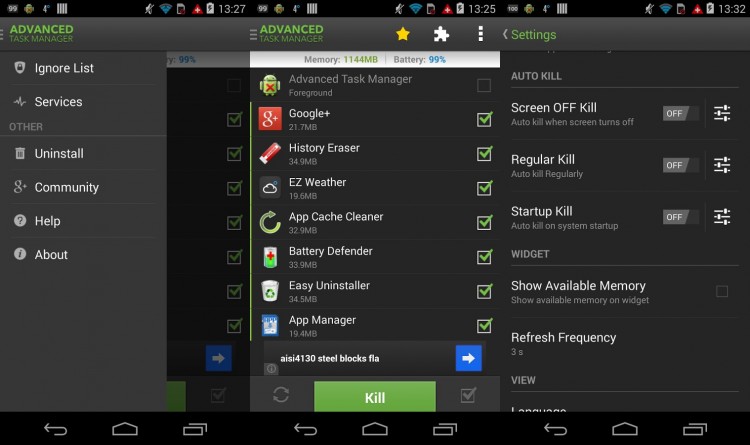 Although is not packed with all the features of some of the other apps in this roundup, Advanced Task Manager - Killer is one lightweight, neat app that power users love. Basically, it is a task manager with an extremely low memory footprint, meaning more RAM for your apps. Features like junk clean up are not included, but as far as memory management is concerned, Advanced Task Manager - Killer does it's job extremely well. You can set up auto kill, add apps to the ignore list and uninstall apps directly from the UI.

Do you use any other apps to boost and optimize the performance of your Android, share them in the comments below!
Tagged: # Best Android Apps # Optimization