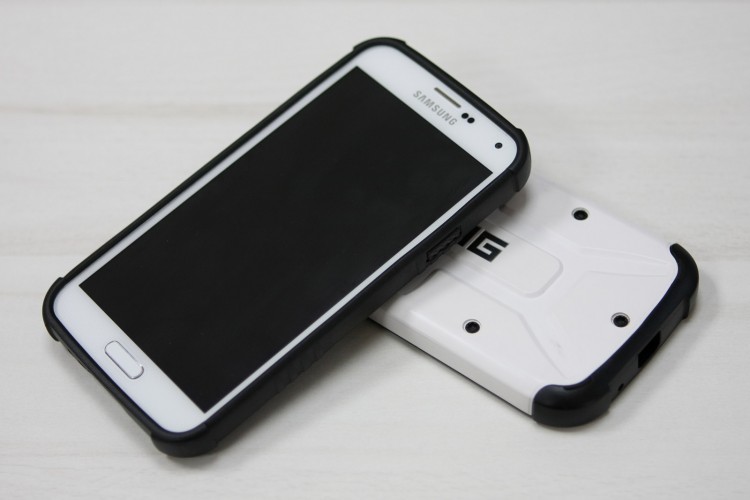 The composite case consists of a hard shell and a soft impact resistant core specially designed to reduce the transfer of force to your phone in case of an impact. The whole look and feel is military like and masculine, with some cosmetic features like the the fake bolts and the silver UAG logo on the back. The case, unlike the phone is grippy enough, so it is unlikely it will ever slip out of your hands.

There is extra padding on the corners and the front side, designed to protect the weakest spots of the Galaxy S5. Even in a case of a screen down impact, the padding around the screen will protect your phone. 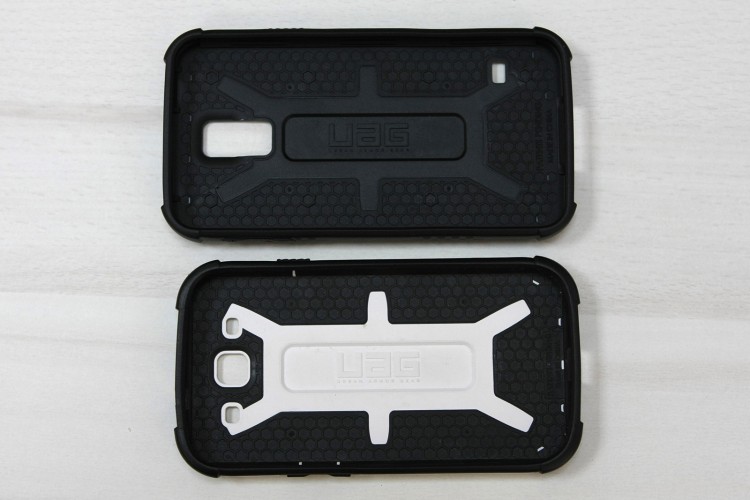 On the image above you can see the honey comb pattern on the inside of the case, responsible for absorbing the shock in case of an accident while providing a tight fit. Compared to the Galaxy S3 (white one on the bottom) the GS5 case is a bit slimmer. One major change I noticed immediately were the new, more responsive volume and power buttons, an improvement over the GS3 buttons which were a bit harder to press. 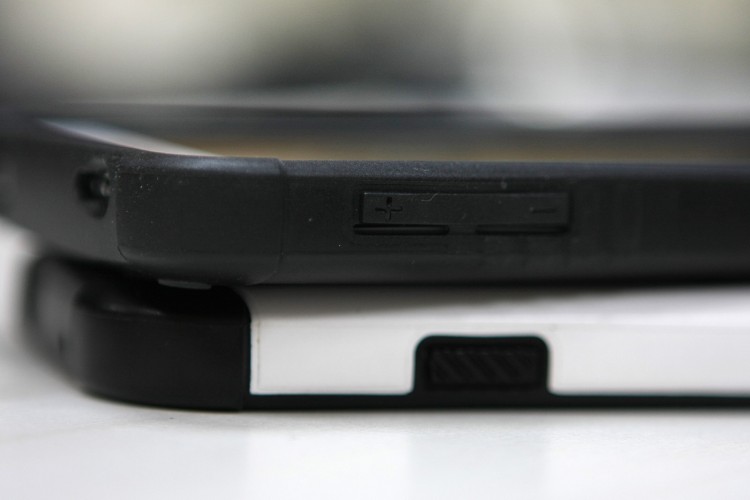 There is no flash glare when taking photos, bad sound / microphone issues like with other cases, accessing the USB charging port / headphones is easy, the case does not make using your phone harder in any way. The designers and engineers at UAG have done their job perfectly, creating a good looking case that meets the military drop-test standard MIL STD 810G 516.6. 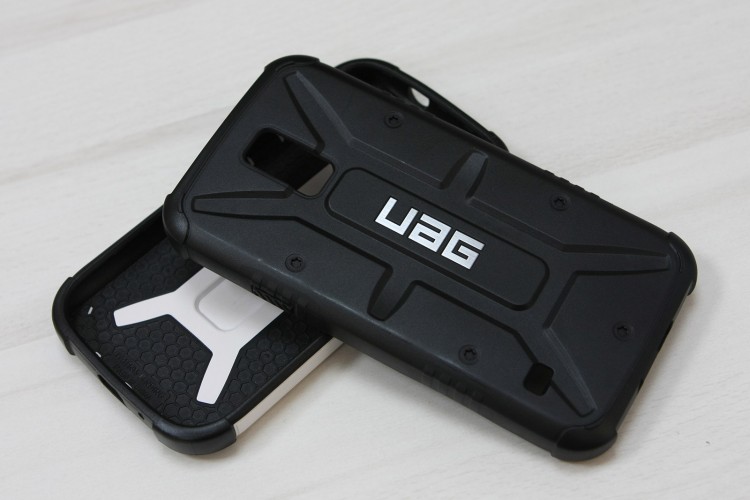 If you are looking for a case with excellent built quality and level of protection that is comfortable enough for day to day use, look no further. Put the UAG on your Samsung Galaxy S5 and you are ready for your next ride on the bike, IRON MAIDEN concert or some other activity where there is a chance to drop and break your phone.

For $35 you get the UAG case along with a HD screen protector and a piece of mind. Ger your own UAG case from Amazon now.

-----------------------
Now, a little background about myself. I am a recreational XC mountain biker, I do a lot of riding with my phone in my jersey's back pockets. For those of you who are unfamiliar with cycling apparel, I am talking about 3 not that deep pockets on the back of the jersey without any zippers preventing anything from going out. Also, falling off the bike is something that happens from time to time, bad judgement, slippery trail, etc.

When I first decided to get a case for my Galaxy S3 at the time, my first choice were the basic silicon cases, after all I prefer my phones naked and this was the closest I could get. Just a week later and $200 for a cracked screen, I discovered that these cases did not offer any kind of protection. See the result here! So, I was back on the market for something that would protect my phone better. That is when I discovered Urban Armor Gear. To be honest, I did not dig the military like design right away, but since I was worried more about the level of protection I decided to get the case. Now two years later, I did the same with my new Samsung Galaxy S5. UAG you got yourself a fan!